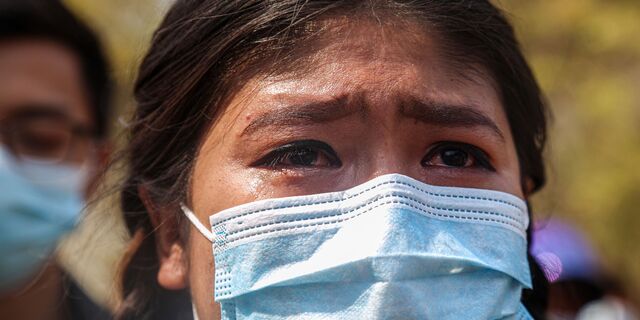 THE PEOPLE OF MYANMAR ARE AT RISK

The military has seized power in Myanmar. We are deeply concerned about the human rights situation in Myanmar in the aftermath of the coup. Donate now to help fund our emergency advocacy work around the world so we can influence decision-makers at the highest levels.

In 2018, we called for the military commander - now in charge of the country - to be investigated for crimes against humanity committed against the Rohingya people. Under his leadership, the military has committed serious human rights violations including torture, arbitrary detention and unlawful killings. As we speak, the rights of Myanmar’s 54 million people are under threat. Could you help stand up for them with a donation to Amnesty International UK today? All donations go to Amnesty International UK Section Charitable Trust.