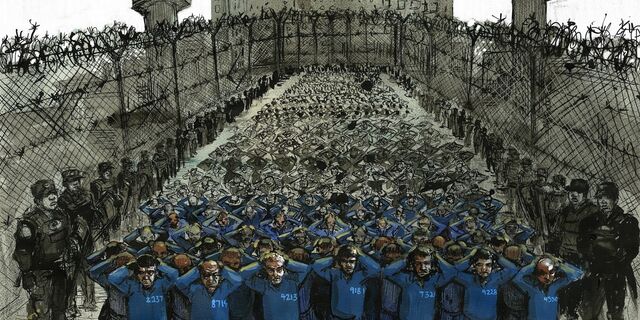 HELP DEMAND THE RELEASE OF THOSE ARBITRARILY DETAINED IN CHINA

The Chinese authorities are committing serious human rights violations in an attempt to erase the religious and cultural identities of Muslim ethnic minorities. Since 2017, over 1 million people have reportedly been detained in camps. A donation to Amnesty International UK could help free thousands of people arbitrarily detained just for their beliefs.

We spoke to more than 50 former detainees, who said from the moment they entered the prison-like internment camps, their lives were entirely controlled. All of them suffered torture or other ill-treatment such as beatings, electric shocks, solitary confinement, deprivation of food, water and sleep, exposure to extreme cold, and the abusive use of restraints. The Chinese government has gone to extraordinary lengths to cover up its violations, detaining anyone who speaks out. Donate today and you could help pressure the Chinese authorities to immediately release all people arbitrarily detained in camps in China. All donations go to support Amnesty International UK Section Charitable Trust.