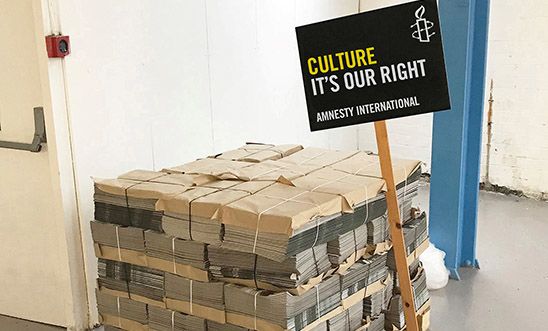 "We’re excited by artists speaking out about world issues and human rights. Now feels like a moment where artists – both underground and mainstream – are engaged and active. We’re excited to support that moment in anyway we can."
— Crack Magazine

Crack Magazine is the biggest independent free monthly music magazine in Europe – an independent platform celebrating contemporary culture and contributing to the conversation which surrounds it.

Founded in 2009 in Bristol, the goal of the magazine has always been to represent and amplify a diverse range of voices, identities and sounds. This is reflected in the figures we’ve had on the cover over the years – from MF Doom to FKA twigs, Björk to Skepta, Omar Souleyman to Helena Hauff. In 2015, we launched a Berlin edition of the magazine then in 2017 we did the same in Amsterdam.

We’re proud to have built up a network of photographers, writers, illustrators and artists all over the world who share our agenda of representing boundary-pushing art while maintaining creative authenticity and originality.