The International Criminal Court ruling on Israel-Palestine: an explainer 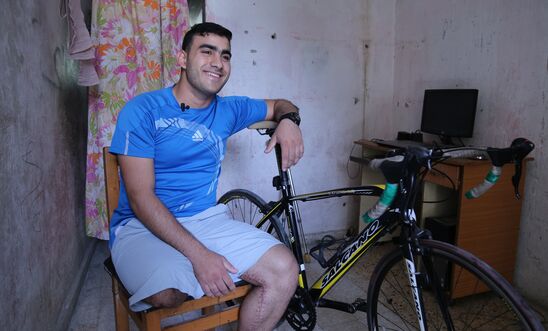 Alaa al-Dali, 21, a cyclist who was shot and injured during the Great March of Return protests, who subsequently lost his right leg. © Amnesty International

What is the International Criminal Court (ICC)?

Established in 2002, the ICC is a permanent court that can investigate and prosecute people suspected of committing genocide, crimes against humanity, war crimes and (since 2018) the crime of aggression in situations where national authorities are unable or unwilling to act genuinely. A number of cases have been brought before the Court so far and alleged crimes in several countries are currently being investigated or examined by the ICC Prosecutor.

What is Palestine’s history with the ICC?

Palestine became a member of the International Criminal Court in 2015, following a complicated journey towards membership that lasted years. The move was rapidly condemned by Israel, the US and a few EU states. Right after Palestine signed on to the Rome Statute, Israel suspended the payment of around US$127 million in tax revenues due to the Palestinian authorities. The US also threatened to withdraw funds.

In May 2018, Palestine formally asked the ICC prosecutor to initiate an investigation into possible serious crimes on its territories since June 2014. In December 2019, the prosecutor announced that all the necessary criteria to proceed with a formal investigation into alleged war crimes by Israelis and Palestinians had been met. However, before proceeding with an investigation the Prosecutor sought confirmation from the ICC’s judges that the territory over which the Court may exercise its jurisdiction comprises the West Bank, including East Jerusalem, and the Gaza Strip. This clarification was needed as these territories are currently occupied rather than sovereign.

What is the recent ICC announcement on Palestine about?

In early February 2021, the ICC announced that it had confirmed that it has jurisdiction to investigate possible war crimes in the West Bank, including East Jerusalem, and Gaza. This is a significant step towards accountability - “This offers profound hope to those who believe that consequences, not condonation, must be the answer to the commission of grave crimes”, said Michael Lynk, the Special Rapporteur for the situation of human rights in the Palestinian territory occupied since 1967. In the absence of independent and credible domestic investigations, an ICC investigation is the only way for Palestinians and Israelis to access truth, justice and reparations.

What alleged crimes could be  investigated?

The ruling opens the way for an investigation into crimes committed in the OPT since June 13, 2014. These include allegations against Israel of war crimes, including settlement-related activities, and crimes against humanity, such as persecution, deportation and transfer, as well as the crime of apartheid against Palestinian civilians in the West Bank, including East Jerusalem; crimes allegedly committed by Israel and Palestinian armed groups during the 2014 assault on Gaza and during the Great March of Return protests in 2018-19; and allegations against the Palestinian authorities in the West Bank of torture and support for attacks against Israeli citizens.

What can the international community do?

Israel’s response to the ICC announcement was immediate: PM Benjamin Netanyahu, supported by his cabinet, accused the court of “legal persecution”, “perversion of justice” and of “pure antisemitism”. The US, one of Israel’s key allies on the diplomatic scene, also expressed “serious concerns” about the court decision, arguing that the ICC should only go after countries that consent to it. Neither the US nor Israel are members of the ICC, and both have vowed to prevent this probe.

Amnesty is calling on all governments, including the UK, to offer their full support to the ICC as it takes the next steps towards accountability, including by standing up to powerful states who try to shield perpetrators from the full scrutiny of the international community.