Help get retired father home to his family 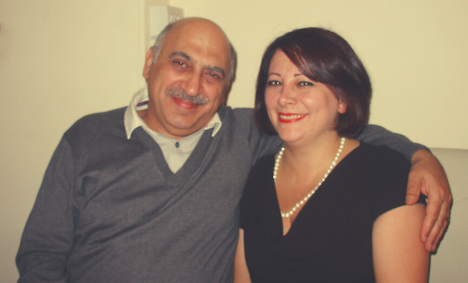 Anoosheh was visiting his elderly mother in Tehran when he was arrested by Ministry of Intelligence agents in August 2017 and arbitrarily detained in Evin prison.

His ongoing detention is outrageous. His family are worried for his health and want him back home with them in London.

Sign the petition calling on the UK government to secure Anoosheh's release now and bring him home.

Help get retired father home to his family

Anoosheh was visiting his elderly mother in Tehran when he was arrested by Ministry of Intelligence agents in August 2017 and arbitrarily detained in Evin prison.

He was subjected to torture, repeatedly interrogated without a lawyer present and forced to sign "confessions" while sleep deprived - without knowing what they said. After a grossly unfair trial, he was sentenced to two sentences of 10 and 2 years in prison on charges of “cooperating with a hostile state against the Islamic Republic” and “obtaining illicit funds”.

Despite the treatment Anoosheh endured, his family in the UK were encouraged by the government not to speak publicly about his situation. However no progress has been made in securing his release over the last 3 years and eight months,and his family are concerned for his physical and mental health and wellbeing.

According to Anoosheh’s wife, Sherry, he has attempted suicide twice and went on a 17-day hunger strike in protest against his detention. Over Christmas, his family raised the alarm when there were reports that others in Evin prison where showing signs of COVID-19. Held in overcrowded, inhumane and unhygienic conditions, Anoosheh is unable to effectively protect himself against the spread of COVID-19. He is at heightened risk of severe illness or death if he contracts the virus in prison. Aas of February 2021, his telephone access has also been severely restricted, further isolating him.

As of early February 2021, his telephone access has also been severely restricted.

Anoosheh’s wife and children are desperate to get him back home to them.

Getting Anoosheh home urgently should be of the highest priority for the UK government. Sign the petition now.